CRITERIA FOR A HAFIZ LEADING TARAWEEH

We find ourselves in a time in which rapid spiritual decline is being witnessed even in institutions of Deen. The great Sunnat of Salaatut Taraweeh is no exception. It has indeed become a magnanimously difficult and challenging task to locate a masjid where Taraweeh is taking place in the correct manner, according to the dictates of Shariat. One of the greatest factors, among others, which contributes to this decline, specifically in Taraweeh, is the incompetence of the Haafiz who is leading the salaah. This incompetence is more a spiritual one, than of memorisation, and the reason for it is lack of tarbiyat. Where there is ta'leem, tarbiyat must compulsorily accompany it, otherwise the ta'leem becomes a liability instead of an asset.

Sadly today, most Huffaz suffice on learning and memorising the words of the Quran, while paying no attention towards trying to become a practical embodiment and a living example of the Speech of Allah. The reality is that a Hafiz of the Quran isn't the one who has just memorised the words of the Quran. Hafiz means protector - the protector of the Quran is he who, having memorised it, protects it in his heart and in his life through amal. A person who has memorised the Quran, but does not have it in his practical life, isn't truly a Hafiz of the Quran. Generally, Masjid committees are wholly unaware of this, and as a result are concerned only with the actual recitation. For this reason, some criteria are being listed below which a Hafiz should ideally meet, before being given the very weighty responsibility of leading the Taraweeh salaah -

1. He should be upon the way of the Ahlus Sunnah Wal Jamaa'ah (Deoband), he should not be from the deviated sects (Salafi, Barelvi etc.)

2. At least outwardly, his life should be upon the commands of Shari'at, especially the following -

3. His life should be upon the Sunnat of Nabi Sallallahu alaihi wasallam in every aspect. This will include his clothing - he should be in Sunnat clothing all year round, at no time should he wear jeans and t-shirt, or shirt and trouser.

4. When he recites in Taraweeh Salaah, he should follow all the rules of tajweed.

5. He should be aware of all the necessary masaail pertaining to Salaah, and to leading Salaah. He should have learnt these masaail from the Ulama.

The onus of producing Huffaz who possess all the above qualities lies upon the Madaris of Hifz. May Allah grant us the ability to fulfil the rights of the Quran. 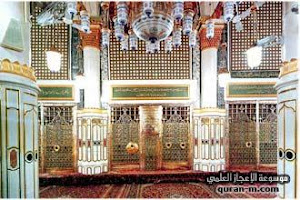